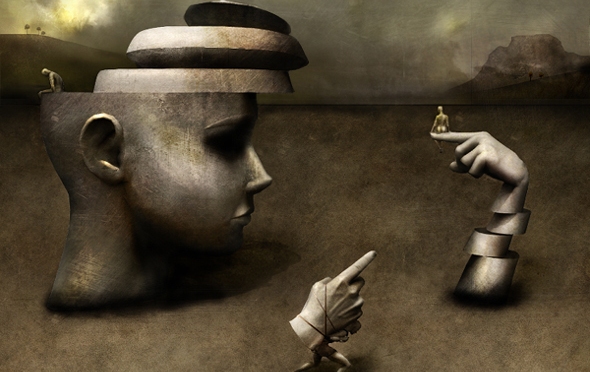 Previously the older anti-depressants were notorious for triggering or precipitating (hypo)manic episodes in Bipolar patients, newer antidepressants such as SSRIs, bupropion and venlafaxine, do not appear as likely to precipitate mania. Both the mood stabilisers lamotrigine (Lamictal) and Topiramate (Topamax) don’t carry a risk of inducing mania.  In the DSM-IV and DSM-V (Diagnostic and Statistical Manual of Mental Disorders) stipulates that diagnosing a person with Bipolar Disorder has to fit these criteria:

Criteria F: The episode is not attributable to the physiological effects of a substance (e.g. a drug of abuse, a medication, other treatment).
Note: A full hypomanic episode that emerges during antidepressant treatment (e.g. medication, electroconvulsive therapy) but persists at a fully syndromal level beyond the physiological effect of that treatment is sufficient evidence of a hypomanic episode diagnosis(My note: most* antidepressants other than Prozac are out of your system in a week). However, caution is indicated so that one or two symptoms (particularly in creased irritability, edginess, or agitation following antidepressant use) are not taken as sufficient for diagnosis of a hypomanic episode, not necessarily indicative of a bipolar diathesis.

Symptoms of (hypo)mania need to persist after the life of the antidepressant: A manic reaction to antidepressants is not a symptom of bipolar, it’s a manic reaction to antidepressants. Therefore people who have a diagnosis of Bipolar Disorder who have a manic reaction to anti-depressants, doesn’t consequently mean that it’s Bipolar Disorder.  Symptoms of bipolar (hypo)mania are sometimes about being more irritable, edge and agitated, but these symptoms don’t mean it’s bipolar, they are generally symptoms of the antidepressant or its withdrawal. Sometimes it’s about surviving psychiatry. A test study about the activation of (hypo)mania states that it occurred approximately 0.2% (3/1299 patients) of Remeron-treated patients in US studies. Although the incidence of mania/hypomania was very low during treatment with mirtazapine, it should be used carefully in patients with a history of mania/hypomania.

The following symptoms, anxiety, agitation, panic attacks, insomnia, irritability, hostility, aggressiveness, impulsivity, akathisia (psychomotor restlessness), hypomania, and mania, have been reported in people treated with (older)antidepressants for major depressive disorder. Before being prescribed antidepressants your doctor should be aware of your medical history or family history of psychiatric disorders (e.g., bipolar/manic-depressive disorder), history or family history of suicide attempts. To be diagnosed with Bipolar Disorder the new DSM-V has included the criteria that the person has to not only have the presence of elated or irritable mood but also the association of these symptoms with increased energy/activity.

Personal analysis: I’m not sure if I had suffered from hypomania before, every summer I would work out excessively and sleep little, this was only for the past 2years, but after Remeron (Mirtazapine) everything changed. My research was carried out on the premise of proving my psychiatrist wrong in my diagnosis. I had slowly put together my argument until I had looked up my antidepressant and the time it takes to leave my body. I now have to acknowledge that I no longer have an argument; my hypomania lasted well after the antidepressant had left my system and later returned when my mood stabiliser dose was reduced so that I could change medications. If anyone else has doubts about their diagnosis it is well worth the research into the causation of your (hypo)manic episode, if it was from an antidepressant find out how long your episode lasted and the time is takes for the antidepressant to leave your body.

To make up for this realization is the knowledge that I had an awesome day in Luna Park at Sydney, here is some snaps 🙂 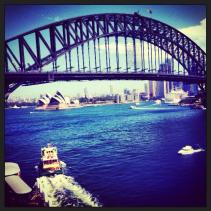 A Series Of Unfortunate Posts…

Finding normality within Bipolarity. The inner musings of a chemically challenged manic-depressive. Mildly* asocial and a purveyor of awesome.